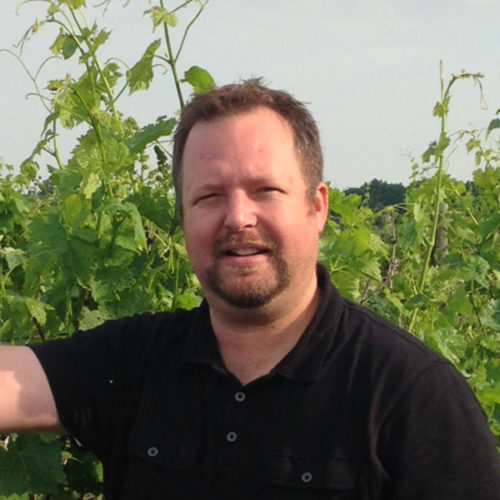 Lawrence’s exposure to the wine industry began right from his youth, where he spent a lot of time travelling overseas with his family. His father’s passion for wine coupled with his family travels gave him the opportunity to become exposed to wine regions around the world.  After high school, he began studying chemical engineering in university. He realized, however, that he had a passion for wine, which led him to attend Algonquin College’s Sommelier Certificate program. Following this passion even further, he then transferred from engineering at University of Ottawa to Brock University, finishing his science degree in Oenology and Viticulture in 2003.

After graduating, he joined Peller Estates, allowing him to become part of a large winemaking team, travel to other wine regions of the world including France, Chile, Argentina and Australia. He spent many years there, working with the company from 2003 – 2011.

From there, Lawrence made his way to Ontario’s Lake Erie North Shore work at Colio Winery from 2012 – 2015 before heading to Western Canada to work at Time Winery and Evolve Cellars in British Columbia’s Okanagan Valley from 2015 to 2018.

In March of 2018, he would bring his winemaking experience back home to Ontario, securing the Winemaker position at Henry of Pelham.

“Having the opportunity to work in and visit many different wine regions has allowed me to gain a better understanding of winemaking and create a network of colleagues internationally,” he said. “Although international travel has many benefits, working in Canada’s different wine regions has been the most exciting.  Between Niagara, Lake Erie North Shore and the Okanagan, I have had the opportunity to work with amazing winemaking teams.”