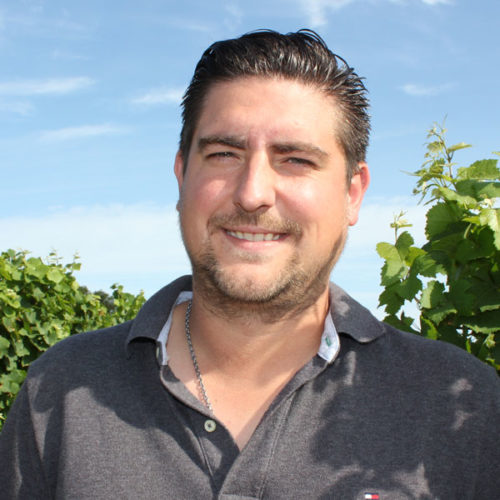 Fabian Reis was born into a traditional vintner family in Stuttgart, Germany. He is the sixth-generation winemaker and his family’s winemaking background dates back to 1893. He moved to Niagara on the Lake, Canada in 1995. He returned back to Germany for over 5 years from 2006-2011 and attended one of Germany’s prestigious wine making schools, Staatsweingut Weinsberg. Throughout this time, he also worked alongside wineries that are ranked Europe’s best.

Since returning to Niagara, Fabian decided to take a chance and leave the shadows of his long-established wine making customs, and set forth to produce his own style of wines alongside Sommelier wife Stephanie. Fabian’s wines will fiercely push the wine industry boundaries to the next level with wine quality and vineyard practices.