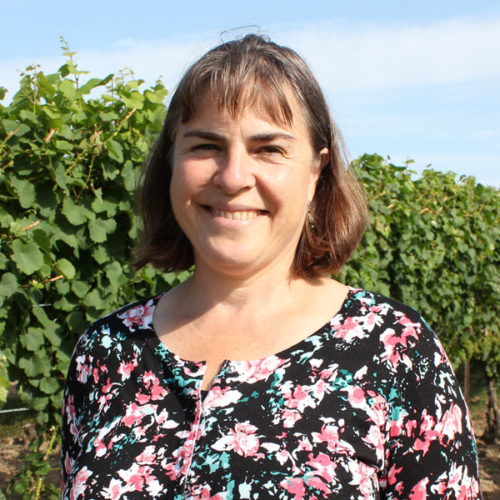 Considered a leading force in the Canadian movement towards organic and biodynamic fine winemaking, Ann has over two decades of experience in winegrowing, winemaking and consulting for successful winery startups.

Ann prefers to think of herself as a “Winegrower,” instead of a winemaker. This vineyard-centric ideology is passionately applied to every facet of Southbrook’s winemaking philosophy, including its organic and biodynamic grape-growing practices, and gentle handling in the winery.

Ann’s roots are deeply embedded in the terroir of winegrowing. Raised on a family vineyard in Kelowna, BC, Ann began early on recognizing, developing and appreciating the fine balance within the characteristics of the fruit and its effects on wine. She completed her Food Sciences degree at UBC and has continued her path of learning and exploration since she entered the wine industry full-time in 1984.

Ann’s talents were recognized in the early nineties when her 1992 Merlot won medals in every competition it was entered in, taking the Gold medal at the International Wine and Spirits Competition in the UK and Platinum at the Okanagan Wine Festival. Ann’s particular pride in this success is that Merlot has since become a more widely planted grape variety in the Okanagan Valley.

Ann has played pivotal roles in the start-ups of both B.C.’s CedarCreek winery and Niagara’s Malivoire Wine Company—where Pinot fans will remember she oversaw the conversion of the Moira Vineyard to organic.

In 2004, Ann was awarded with Winemaker of the Year at the Ontario Wine Awards. Add to all this her various consulting projects and her own ancient Malbec vineyard in Mendoza and you’ll start to get an understanding how Ann loves to spend her time—immersed in the creation of fine wines!